A recently re-released study confirmed something many of us already knew or suspected. There are differences in pay between various employee groups for the same work.

According to “Racial Differences in Performance Pay Relationships: The Role of Diversity Climates” — a study from Society for Industrial and Organizational Psychology member Yan Chen and her SIOP colleagues Ingrid Fulmer, Patrick McKay and Derek Avery — in the U.S., pay for performance relationships may differ depending on employee’s race-ethnicity and the organization’s diversity climate. The disparities are particularly acute between white, black and Hispanic colleagues.

The study examined survey data from 2005-2006 for 14,185 sales associates — mostly white and female — from more than 750 different retail stores in the U.S. Chen and her colleagues initially published their findings in 2007-2008, but were recently given permission to release the annual base-pay salary data, and thought it prudent to revisit the study with that data included.

Essentially, in organizations where the climate was less supportive of diversity, the sales-performance pay relationship was 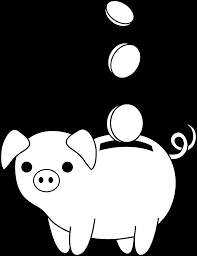 I spoke with Chen. She speculated the pay disparity occurs because the work habits in organizations that support or do not support diversity are different. Managers tend to attribute white employees’ success to their internal skills and ability, and when they do worse, they receive the benefit of the doubt. Black and Hispanic employees, on the other hand, are subject to stereotypes. In organizational climates that are not as supportive of diversity, managers are more likely to attribute black and Hispanic employees’ success to external factors like luck or to help from others.

So there you have it. It pays — literally — for minorities to work for diversity friendly organizations.