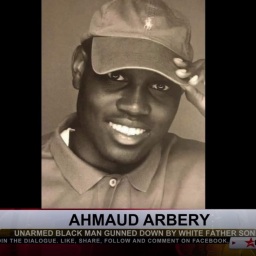 So, the past week has been interesting. I say interesting because everything that’s been happening should have already happened on or immediately after February 23, 2020. That’s the day Ahmaud Arbery was murdered while taking a jog in Georgia. But it was only this week that his murderers, father and son Gabriel and Travis McMichael, … END_OF_DOCUMENT_TOKEN_TO_BE_REPLACED 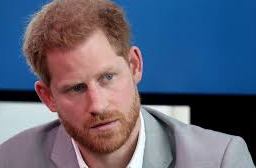 So, I ran across a news item in The Guardian this week discussing how the BBC, the world’s oldest national broadcaster, apologized for not warning the Duke of Sussex before publishing a racist image. Now, the image the Duke – you may know him as Prince Harry, husband to Megan Markle, the British royal family’s first … END_OF_DOCUMENT_TOKEN_TO_BE_REPLACED

Several things happened this week that have me thinking our perspective on the power of the media is skewed. It’s real, no doubt, but we’re missing something really basic. That might sound strange coming from a member of the media. But I like to think of myself as a different kind of journalist in that, … END_OF_DOCUMENT_TOKEN_TO_BE_REPLACED

So North Carolina has been all over the news for what many have dubbed “The Bathroom Bill.” I’ve been doing a lot of head shaking over it, when I wasn’t thanking my lucky stars I was born and raised in Chicago, and spared a lot of the foolishness that people in southern states seem to … END_OF_DOCUMENT_TOKEN_TO_BE_REPLACED

END_OF_DOCUMENT_TOKEN_TO_BE_REPLACED

I guess I never really thought about harassment in a diversity context. But then I read “10 Things That Street #HarassmentIs, In Case You Really Don’t Think It’s Important” by Soraya Chemaly, and it changed my mind, big time.

It’s not that I haven’t been harassed. I have. I’m reasonably cute, I have breasts, and I’m black. In some places that’s a recipe for disaster, a triple disaster, in fact. I’ve been importuned on the street, while visiting foreign countries, on jobs. But see, I’m what they call a ball buster. What I get, is often what I give. END_OF_DOCUMENT_TOKEN_TO_BE_REPLACED