In the wake of the Emanuel African Methodist Episcopal Church mass shooting that left nine black people dead in Charleston, South Carolina, I find myself thinking about the psychology of the mass shooter and how he’s treated in that time leading up to event that will end innocent lives and immortalize him forever. 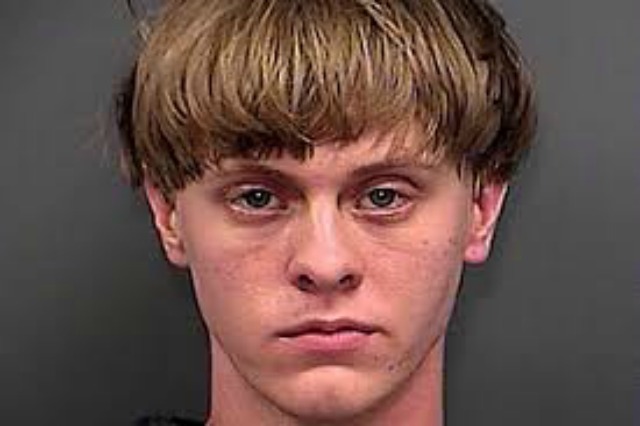 Yesterday, I deleted a 2014 article from Esquire magazine titled “Why Mass Shootings Keep Happening” by Tom Junod, but something made me go back and dig it out of my inbox trash and read it. I learned that the people — by and large the white men — who commit these crimes want to be known. Yes, they go places and shoot at will and then run, but this article suggested these people desperately want attention before they commit these atrocities, not after.

Given suspect Dylann Roof’s target, a historic black church with a storied legacy of freedom, it seems obvious this mass shooter had a racially motivated agenda. That the message — if there is one — is that black people deserve to die, even when they’re sitting in Bible study minding their own business. But maybe it’s less important why he did what he did, and more notable that he was able to get away with it at all.

The Esquire article focused on a thwarted mass shooter called Trunk, short for Trunk Full of Guns, based on the arsenal he was wearing and carrying when he and his compatriots in murder were caught. Trunk said the 10 years he spent in prison saved him, turned him around, so to speak, because he was forced to learn social skills in prison. He was forced to learn how to talk to other people, he said, because if you don’t do that in prison, “you get crushed.”

Trunk said his problem began with a thought. “I’d be lying in bed wondering what I was doing wrong. Why didn’t anybody like me? Why was everybody against me? I could have thought, well, I’m a loser. But I didn’t want to think that. So I started thinking they were losers. I started thinking they didn’t like me because they were afraid of me — because I had power and they didn’t. Because I was special.”

He was special. The road to mayhem and death, for him, at least, began with a delusion, a belief. If sources in the article are to be believed, mass shooters are motivated by some deeply personal grievance, real or imagined. Once they have access to guns, they have power. The power to bear arms provides a kind of entitlement and it feeds a warped mind’s need to be special, to feel strong.

These people, with their delusions of misuse and power, who roll slowly but steadily toward some horrible action on what Junod called “a pathway to violence,” are increasingly being studied so that these latent threats can be neutralized before tragedies occur. But here’s where the race angle comes in. The wellness checks, the hints of crimes waiting to happen — in the days before Roof killed those nine people multiple, people admitted he’d shared his plans in advance but they thought he was weird, that he was joking — they’re there. But when authorities investigate, the person may seem rational, and if there are no outward signs of violence, the investigation stops there.

Essentially, when it’s a white crazy person threatening violence, no one takes it seriously.

Santa Barbara police visited Elliot Rodger’s apartment in response to his mother’s call about her concern over his behavior. Ultimately, they did not assess him as a threat, so no one pushed the issue. No one searched for weapons and no one dared to violate his civil liberties by seizing his computer to look at the videos he’d stored there that might have shed a big bright light on his plane to kill those women.

Rodger did not have dark skin. There is no widespread expectation of him as unworthy, as someone inherently capable of criminal behavior. No one looked at him and was compelled to get in his face, to throw him on the hard ground or to ask their mates to pile on too until he suffocated. No one felt justified that they were allowed to shoot first and ask questions later. The Esquire article asks: “If Elliot Rodger had been a Pakistani immigrant, would the Santa Barbara deputies have taken him at his word about the content of his videos? Would they have left his apartment without asking basic questions?”

Christon Scriven, described in one article I read as a black friend from a trailer park Roof visited, told the media, said Roof “flat out told us he was going to do this stuff. He was looking to kill a bunch of people.”

People like Trunk, like Rodger, like Roof, want attention so badly they will literally kill to get it. But the threat they represent is by and large ignored because they are not perceived as threatening. It bears the question, who really deserves scrutiny? The seemingly powerless black bodies scrabbling for some type of existence who are easier to scapegoat and spot because of skin color, or the pale, innocuous loser with the funny haircut that no one pays any attention to — even when he openly says, “I’m going to kill people”?

I don’t claim much knowledge of this type of person. And this Esquire piece — while informational, illuminating and inspiring as far as this blog goes — is just one article. But it’s hard to ignore something this obvious. Yes, these killers operated in shadows and secret. These mass shooters were bombs waiting to go off, and no one heard the ticking, no one saw the signs, and if they did, they didn’t take them seriously. But without white privilege, these people might — and I say might — not have been able to do what they did.

If those in authority paid less attention to skin color and more on intent, if people — including black people like Christon Scriven — believed white bodies were capable of wrong doing, maybe, just maybe those nine people would have gone home safe from Bible study two days ago.