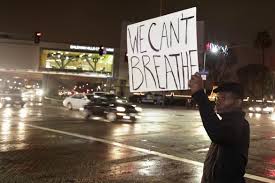 Those of you who follow my blog may have wondered at my rather conspicuous silence on the Mike Brown and Eric Garner verdicts. But in all honesty, I was struggling.

I felt quite hopeless, wondering what on earth it would take to stop the consistent, outright torture and killing of my black male brethren. What could I do to help, to make sustainable lasting change? I sat quietly at home for many hours wondering what contribution I might make, and I sank pretty low for a while.

But then, as the protests around the world grew in size and scope and creativity, I began to feel better. I realized I am doing something to help, whether it’s engaging you via this blog or simply living by example, being the change I want to see, as entrepreneur Kenny Burns said in a recent Instagram video.

I don’t know if the demonstrations will do any good. Sadly, I’m not hopeful, but they’re peaceful, they’re diverse, they’re a damn good start, and they confirm that many, many people — in all their various shapes and sizes — believe that what’s being done by the police to so many black boys and men is just absolutely wrong.

This notion of body cameras for police; what’s the point? The entire world, literally, saw Eric Garner killed on video. We — along with his children — saw him expire in front of our very eyes, murdered for nothing. Then we watched his killers escape any punishment at all. It’s the same story over and over, captured live and in color by bystanders carrying smart phones with embedded cameras and recorders. So, I ask again, what’s the point?

Cameras aren’t the issue. We know who’s to blame for these murders, and we know they use excessive force in unprovoked altercations. But until there are sanctions brought against those responsible, until the police are forced to stop hunting and targeting black and brown bodies, until they are required to learn how to treat everyone equally with dignity and respect, nothing will change.

This may sound shocking, but I don’t believe everyone understands that minorities are human. That dark bodies aren’t here to be made use of or to act as scape goats and whipping posts for the ills of the world. We have to change that. All of us. Together, and that’s why these global demonstrations of support and horror, at once dramatic and perfect, are so welcome and so very important. 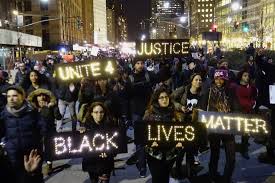 We have to be the change we want to see. We have to change this too prevalent perception of minorities as less than, as inhuman, as disposable, as demonic — that was a good one.

I know why the dominant power structures perpetuate cycles of abuse and incarceration for certain groups. That’s a complicated conversation for another blog or six, but I understand. At the most basic level, it’s about retaining power. Minorities pose a credible threat. Take your foot off the neck of a threat, what happens? They stop being distracted by what’s necessary to survive, and they start to actually thrive. They move into the workplace, into leadership roles; they gain political capital, earn and save and invest money; they influence; they build.

I understand very well why black men are hunted. It’s a man’s world. Without our men, it will be that much harder for the black community to gain strength. I will not accept this, however. And I am so humbly glad that so many people around the world are standing up for these fallen men because they can’t accept this either.

Please don’t misunderstand. And this is a critical point: I do not believe that all white people or all police are racist horrors walking around in metaphoric hoods waiting to pounce like some modern day boogeymen. Not by any means.

What I do believe is that we need change. Systemic, heartfelt, accountable change.